December’s Billboards are documentation of a collaboration between ESW member Oisin Gallagher and Bristol based photographer Joseph Glover.

Gallagher’s adaptations are made from discarded materials that he gathers whilst working as a creative freelancer, allowing their size and history to determine the dimensions and patina of the sculptures. Plasterboard and shims are the basic materials for any home improvement job, though they are usually covered up and hidden once in place. Here they are celebrated for their functionality with the use of colourful shims that jar with the dry, fragile powderiness of the snapped plasterboard to support and level the structure. While these exist as works in their own right, they also exist as functioning objects that are, more often than not, given as gifts to be used.

You can see more of his work here.

Glover graduated from the Edinburgh College of Art in 2016. In 2020 he was awarded the All Disciplines Award from the Fullbright Commission, which he turned down. He is currently studying a masters in photography at UWE Bristol (2021-2023).

You can see more of his work here

Mira Knoche (b. in Hamburg) is an Edinburgh/Glasgow based artist, curator and writer.

She managed a punk band for a while, and in 2019 founded women-led WENCH collective who organise art & music events. She has curated exhibition festivals as co-founder of Naked Aye Art collective and used to run the Word of Mouth poetry & music nights in Leith. She has written about art for Bella Caledonia.

In July 2019 she had a solo exhibition of paintings, ‘WENCH’, with the Edinburgh Central Art & Design Library. She has also shown paintings as part of group shows at Coburg House, Leith School of Art, Leith Library and Salt Space Gallery in Glasgow (2020). Recently she was awarded a scholarship to attend a painting residency with the New York Academy of Art.  John Byrne once told her she was ‘a true artist’ and Cindy Sherman kindly shook her hand.

She now studies at the Glasgow School of Art and works from her studio in Leith. This image is from the ‘Gorgeous Creatures’ series of steel paintings)

You can find out more about her work here, here and here

Powering the Cloud by Katie Hallam, 2021

Katie Hallam is an artist working primarily in digital photography and print but has recently moved into creating sculptural works where new media art meets geology, fossils and contemporary spaces. This allegory is shown in motifs of geology representing ‘ancient power’, with the digital age represented with an electrifying palette; neon green and ultraviolets. Katie considers the traces digital culture will leave on the earth by creating hybrid manifestations through sculpture and digital materiality. Like alchemy, her works connect technology with archaic power. These ‘digital-mineral hybrids’ are hypnotic works that sit against a background of open, natural and urban landscapes as Katie teases the question of a glitch in nature.

You can find out more about her work here

Fraser Gray is originally from Dundee but is now based in Newhaven, Edinburgh. While primarily a painter who produces murals and painted installations as well as works on canvas, aluminium and other surfaces he also makes sculptures and window films. His work is concerned with the processes we use to construct meaning through what we see and exploring the material possibilities of the painting medium.

Over the next 12 months this project will share the work of 14 Edinburgh Sculpture Workshop members with our local community as the poster hoardings at the top of Hawthornvale become a way to connect the artists who work here with the people who live here.

Reid worked as an illustrator for 15 years before before turning his attention to art making by studying Drawing and Painting at Edinburgh College of Art. Since graduating in 2010 he has exhibited his work at various galleries and museums internationally.

Finding inspiration in the figurative and geometric rhythm of pattern, using pencil, oils and aerosol paint in equal measure to create his images.

The photograph depicts the material surface of an oriental garden ornament. The materialisation of the photographic object involves both natural erosion and human hands-on intervention; such an ornament is often displayed in the outdoor space of a traditional Asian courtyard. We captured the photograph in an abandoned residential site, and this liminal space immediately awoke our memories of how public urban spaces have been reshaped and impacted throughout the pandemic. Streets were emptied, and people were alienated, both physically and emotionally.

Hanqing & Mona (b.1990 & b.1987) are artists living and working between Edinburgh and Seoul. They met during the studies at the Royal College of Art in London and have been working together since 2014. Their collaborative practice use photography, sculpture and architectural intervention to explore the imagery of ruin, material decay and visual-temporality. They regard architecture as a reflection of culture, social structure and history; the patina of buildings, natural erosion and human remnants at a site deliver poetic sensations, as well as complex spatial characteristics to be interrogated.

Hanqing & Mona’s work have been internationally exhibited at institutions including the Institute of Contemporary Arts (ICA), Camden Art Centre, Talbot Rice Gallery, Royal Scottish Academy, Red Gate Gallery and OCI Museum of Art. They are a fellow member of the Royal Society of Sculptors and recipient of awards including the Bloomberg New Contemporaries, Gilbert Bayes award and Young Creatives. They have also received grants and commissioned by Arts Council Korea, Seoul Foundation for Arts and Culture and Gyeong Gi Cultural Foundation

You can find out more about their work here.

But what you want is probably more akin to.

Andrew Kinghorn graduated in Sculpture from Chelsea College of Art in 1974. He has spent the time since, sculpting, designing books, offices, furniture and restoring listed building both in Australia and the UK. During the last fifteen years he has been a full time sculptor. He works mostly in stainless steel and bronze.

Over the last 18 months, motivated by a decision to pull at a thread of ableism within art practice, Gannon’s work has focused on the visibility of and social stigmas around disability, specifically his own congenital limb difference.

Eccentric Limbs, is a recent series of works that typically comprise a plaster cast of the artist’s limb difference, mirroring the medical process of making a prosthesis, which is then built up, incorporating another object or material to make something that might approximate or exaggerate an “arm.”

Simply inverting common assumptions these Limbs take their starting point from the question – what is a prosthesis if it is neither functional nor cosmetic?

Often playful and hastily made these objects use limb absence as site. Wearable sculptures, they have a relationship with performance, each set of Limbs lending itself to different movements or actions. As objects they refer to a body in absence, made to be worn they invite participation but for most exclude it.

Andrew Gannon, b. 1980, Lives and works in Edinburgh and has been a studio holder at ESW since 2015. Previous exhibitions include Stand Up!, Centre Pompidou, Paris, (2015) No Reading No Cry! Museum of the City of Skopje, Macedonia, (2015) and Slight Works, part of Open Out, The Fruitmarket Gallery, Edinburgh, 2018.

Brian Samwell came late to making art.  After almost failing his O level, he re-discovered art 50 years later through stone carving at Edinburgh Sculpture Workshop, and mimicking Andy Goldsworthy’s use of natural materials in the Border hills. In 2016 he retired after 30 years of nursing, to focus on art.  Subsequent courses in Foundation then Contemporary Art Practice at Edinburgh College revealed a world of possibilities in figurative, abstract and conceptual art.

He makes sculpture in stone, steel, found objects, and images, using photography, pastel and paint. He particularly enjoys discovering the sculptural potential in the mundane and discarded. His work art is driven by social concern, and a need to explore the fragile personal, social and physical worlds we inhabit. The works are often off-kilter and playful yet always strive for an emotional connection.

Brian is based  in Peebles in the Scottish Borders. 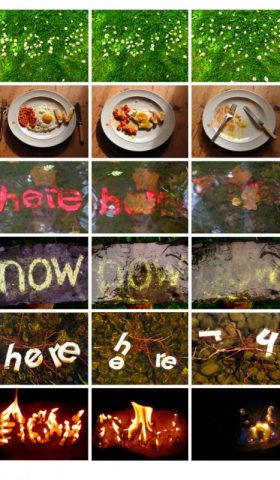 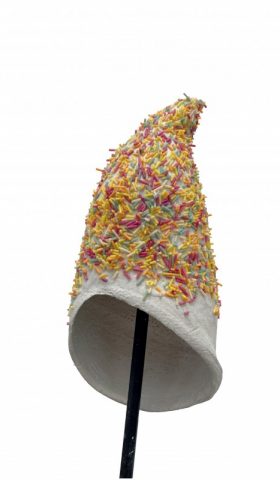 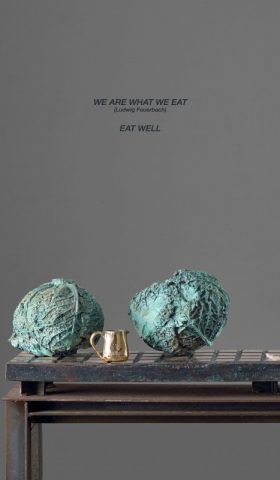 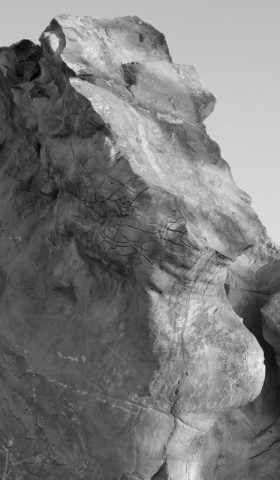 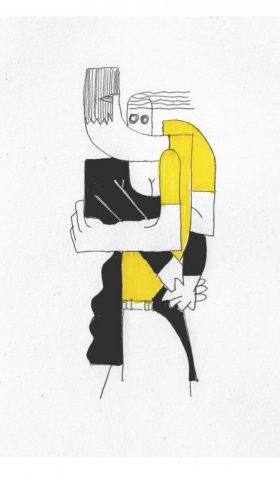 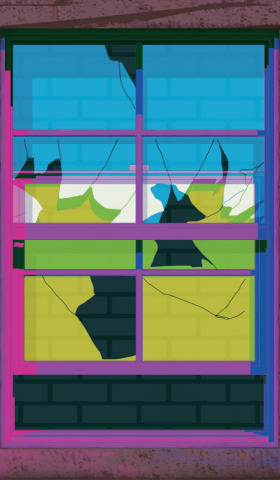 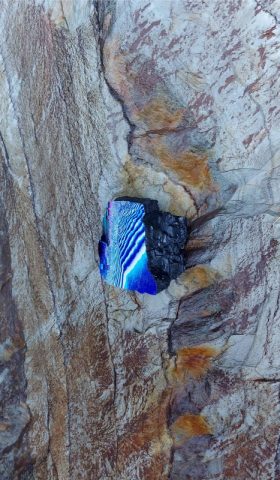 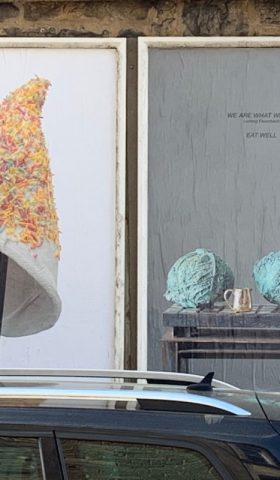 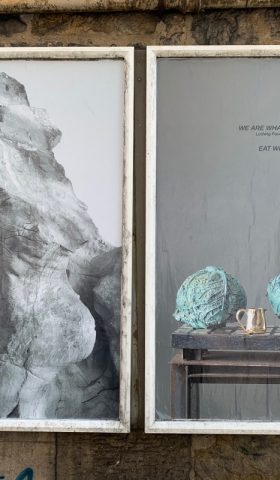 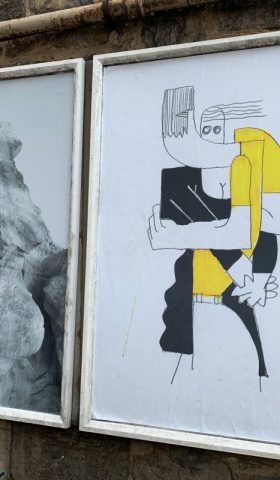 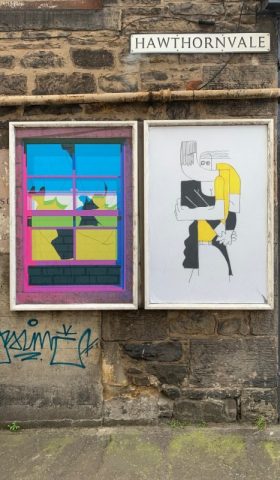 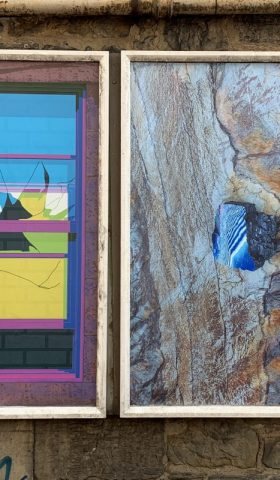 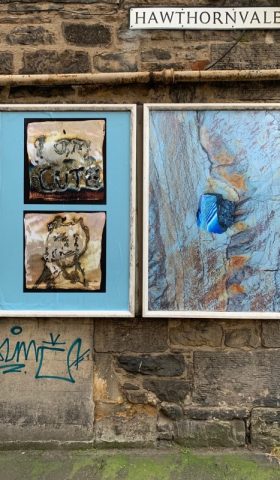 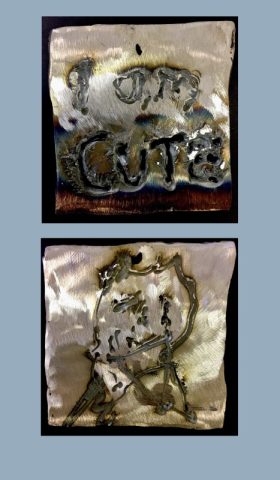 Thank you to Bare Branding for supporting this project.

air leaking through is a new commission for Edinburgh Sculpture Workshop’s Beacon Tower by Feronia Wennborg.

Edinburgh Sculpture Workshop is excited to announce that the artists selected to be our ESW/ECA Graduate Residents are Becky Brewlis, the collaborative partnership of Ben Caro & Kat Cutler-MacKenzie, Joanne Matthews and Maria Wrang-Rasmussen.