Angered by the acceptance of the Washington Consensus and implementation of neoliberal reforms by President Carlos Andres Perez of Venezuela, Lieutenant-Colonel Hugo Chavez launched an attempted coup with the mission of overwhelming key military and communications installations on the 3rd of February, 1992. However, due to numerous betrayals and errors, Chavez’s forces were unable to seize power and gain control of important military targets.

Subsequently, Chavez and a small group of rebels were surrounded in the Military Museum and were forced to surrender in front of the national TV channels. Many viewers noted that Chavez remarked he had failed only for now (por ahora) and invoked the name of national hero Simón Bolívar. This speech immediately brought him into the national spotlight, as many Venezuelans, particularly those from the poorer sections of society, came to see him as a figure who stood up against government corruption and kleptocracy.

In response to the event, the artist has made 5 pieces of kinetic sculpture. By delicately utilizing explosives, light and smoke as sculptural elements, these works evoke religious notions of magic, miracle and resurrection. A coup is not just a sudden and violent deposition of a government, but through new technology, it also becomes a form of expression—a play of rhetoric, religious rituals and the situation at hand. In the 21st century, the acting revolutionary subject is digitalized and mediated by technology, which leaves the coup an open ending, with a catch: Por Ahora (For Now). 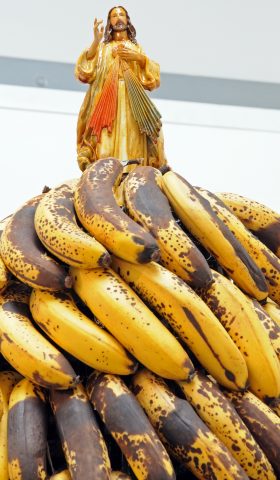 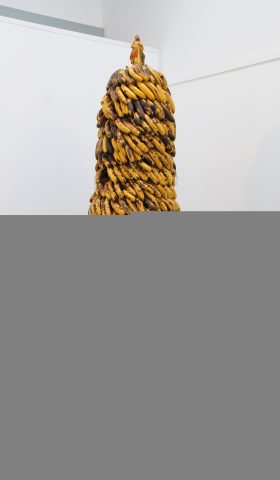 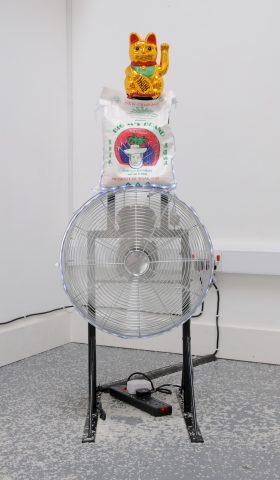 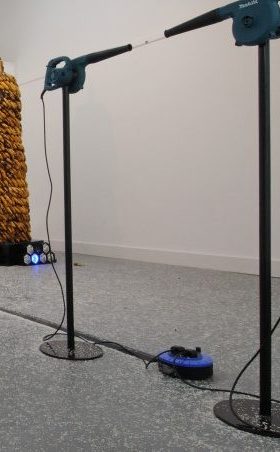